You probably know Michelin already as companies you can relate to because there’s a good chance that the Michelin Company manufactured the tires rolling underneath the car you’re driving. However, the strength and durability of their rubber-fibred tires are not the topic of discussion at this point; rather, Michelin is involved in this review today because of The Michelin Guide.

The Michelin Guide hasn’t been around in Los Angeles for almost 10 years now because of some situations beyond the management’s control, but they are back now to serve the good food-loving populace once again. Michelin has taken it upon themselves as a group to create a guide for people to know and be able to visit some of the highest-rated restaurants located in California, and that’s apart from their automobile interests.

California is known for its wide-range of finger-licking dishes and huge number of chefs and culinary experts who are vibrant and able to work out the magic from even the most mundane cooking ingredients. Michelin, whose target market includes the rich and famous people located in Los Angeles, saw the potential in the rising food market and decided to give their own superb opinions on how these meals should be prepared and graded.

Gwendal Poullennec, who is the international director of Michelin, once praised the Californian state for their culinary expertise at the live awards event that was hosted at Huntington Beach. He said, “Our inspectors have been impressed with the way these chefs have been able to take local ingredients and use them in their own unique ways.”

Gwendal Poullennec went on to say that the guide will be readily available in English, Spanish, and Mandarin when you check online. The current Michelin Guide was filled with the previously-known entries where the winners were selected because they were upscale dining places and luxurious; but, there were also appearances from one-star highlights (like the Mori Sushi), which were included into the list because of their evident creativity and the freshness they brought to the culinary atmosphere.

According to Michelin’s research, there were no new three-star restaurants opened up recently in Los Angeles despite the fact that there has been all the talk going around of fine wining and dining. The closest new restaurant to come to three stars on this list is the Vespertine, which is said to make some of the most exceptional, classy and exclusive meals in the city. The Vespertine only got two stars from the results gathered by The Michelin Guide.

Some popular restaurants in Los Angeles, like the Bavel, Bestia, Felix etc., did not even make it on the list. In Orange County, two restaurants (Taco Maria and HaNaRe) both got a star each for the great work they put into the state of their restaurant. Addison, a fine food restaurant in San Diego also got one star from Michelin. While in places Santa Barbara and its surroundings, no restaurant got a star rating from the Michelin Guide.

Even though Michelin swears by their policies concerning the diversity of the restaurants on their guide, it is clear to see when you read the content of the list that the guide is leaning a bit towards favoritism in favor of certain well-known restaurants.

The recent edition of the Michelin Guide is anything but diverse when push comes to shove. It was the usual array of fine dining restaurants, good French wine places, and sushi that’s done artistically by the chef. There wasn’t much thoughtfulness on the part of the organizers to include the Korean, Mexican, Chinese and Italian meals, restaurants, drinks etc.

And although the street food in Los Angeles is one of the best tasting meals/snacks globally, the Michelin Guide has chosen not to awards stars to the LA street food vendors. Many people think that they would clearly earn it right if given the chance.

However, there is a must-congratulation for the recipients on the list this year and we can only wish other deserving restaurants better luck next time. Now, let’s look at the Los Angeles restaurants featured on the Michelin Guide that are highly recommended for eating and other activities related to dining.

n/naka is a Japanese restaurant owned by Chef Niki Nakayama, who was tutored by the legendary Morihiro Onodera. Chef Niki Nakayama is great at kaiseki (an ancient form of Japanese cooking where the temperature, tastes, and texture of the meal, including the ingredients used to make it, are strictly specified by the chef and everyone involved).

The staff at this restaurant are very strict with their work habits to ensure the top quality meals that are forever apparent in Nakayama’s works. She is easily one of Los Angele’s top chefs. 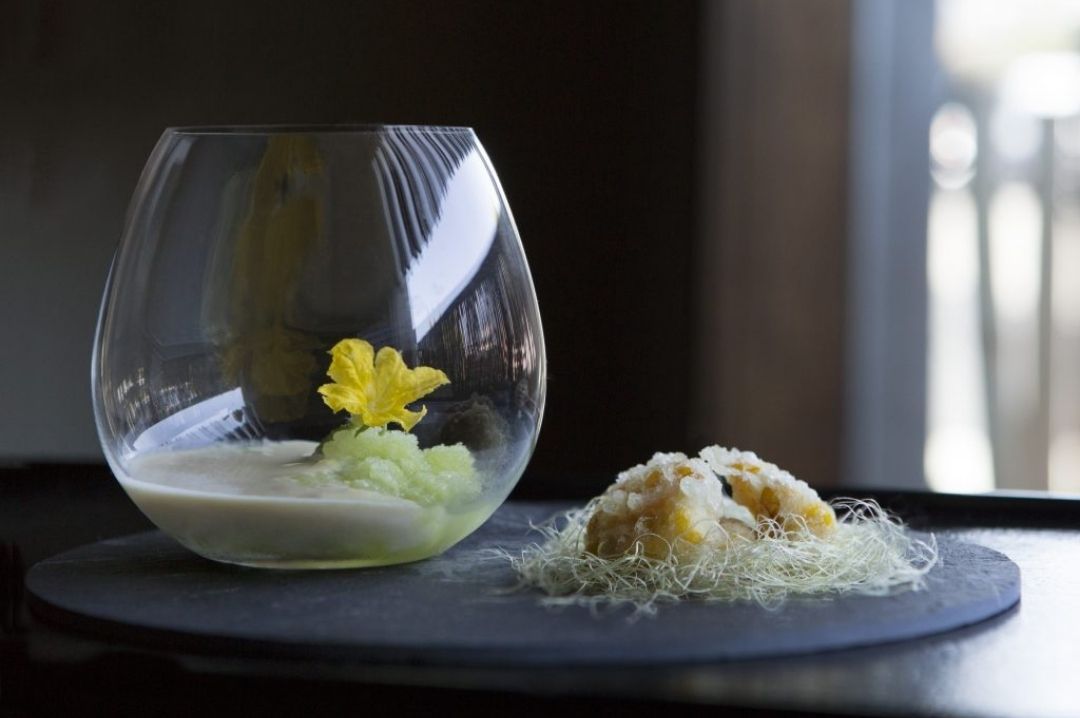 Providence, owned and managed by Michael Cimarusti, is one seafood restaurant that completely redefines the meaning of seafood meals for the food lover. The restaurant menu at Providence, which changes seasonally, is filled with almost strictly seafood entries, including Spot prawns from Santa Barbara, abalone from the islands around and trout caught in the Quinault River. Providence is located in Hollywood. 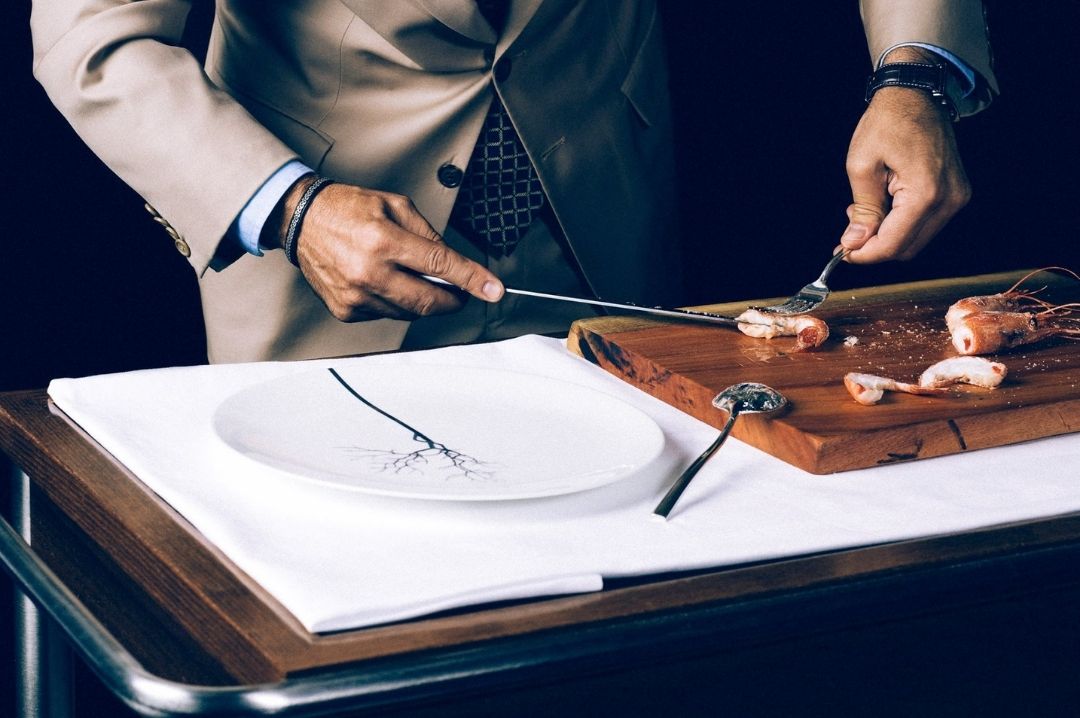 Nozawa Bar is a forever-LA food establishment known for its omakase-style that has endeared a lot of customers to them over the years. The menu is full of great food like fresh fish served with warm rice, cooked monkfish liver, and rows of salmon roe.

The only thing that’s not so great about this restaurant is its limited space. The Nozawa Bar has luxury of twenty different courses and more but with only ten seats available to be used by the customer. Therefore, you must ensure to make your reservations on time.

The Nozawa is situated in Beverly Hills. 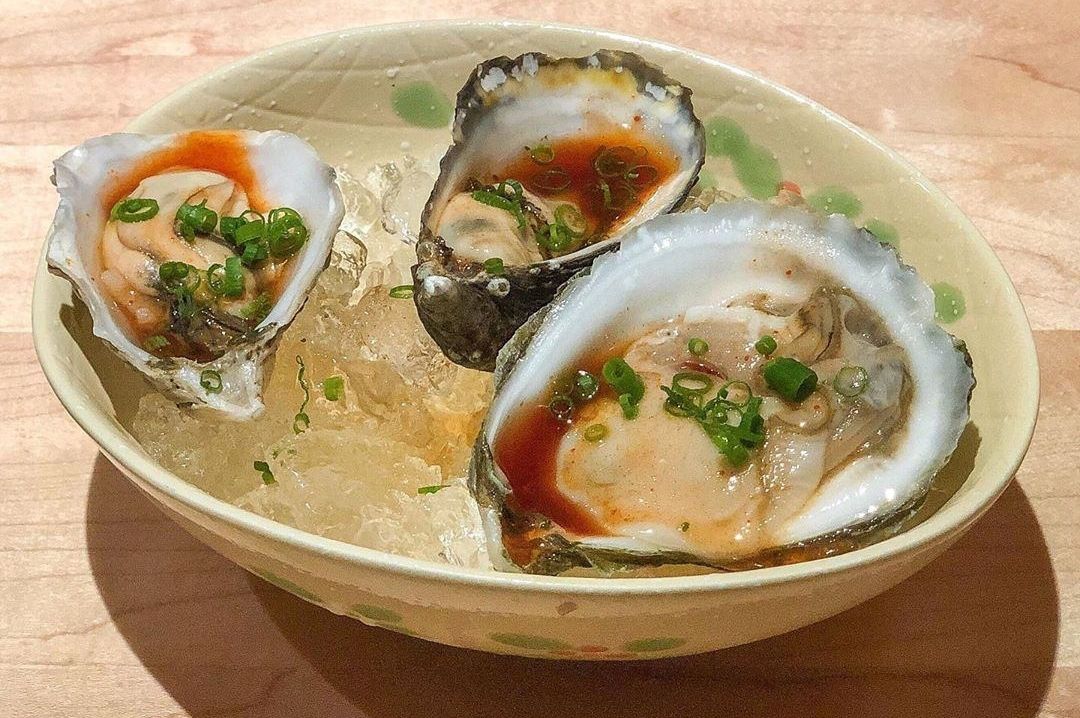 Orsa & Winston, which started off as a food place for tasting the menu-entries of different meals, has quickly become one of the most exceptional brunch places in the whole of LA. Chef Josef Centeno has built his empire based on style, motivation and innovation; this fact is evident in the way the menu of Orsa & Winston is arranged. 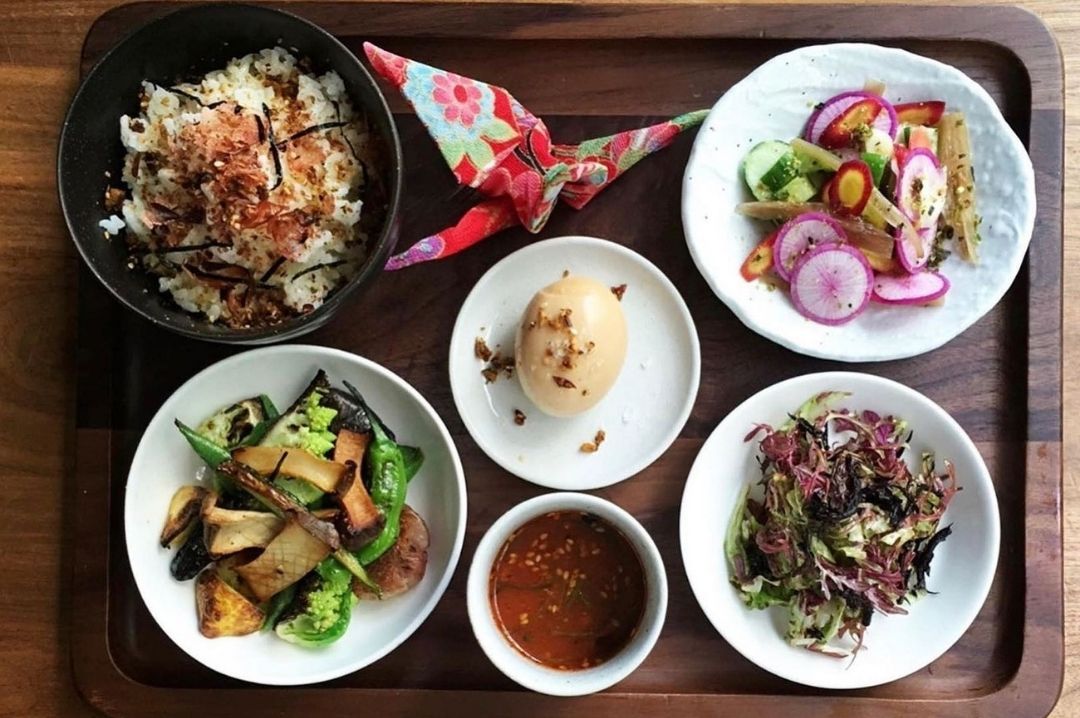 Vespertine, owned and established by well-renowned Chef Jordan Kahn, is known across Los Angeles as one restaurant with the most outrageous looking (but good-tasting) menus in the world. Apart from the obvious difference perceived in the meals, there is also the case of the uniqueness of the restaurant’s architecture and design.

The vision of that place is nothing less than artistic and it was all concocted by Jordan Kahn. The experience at Vespertine is worth the time and money spent because it’s like no other restaurant in California.

Vespertine is located in Culver City. 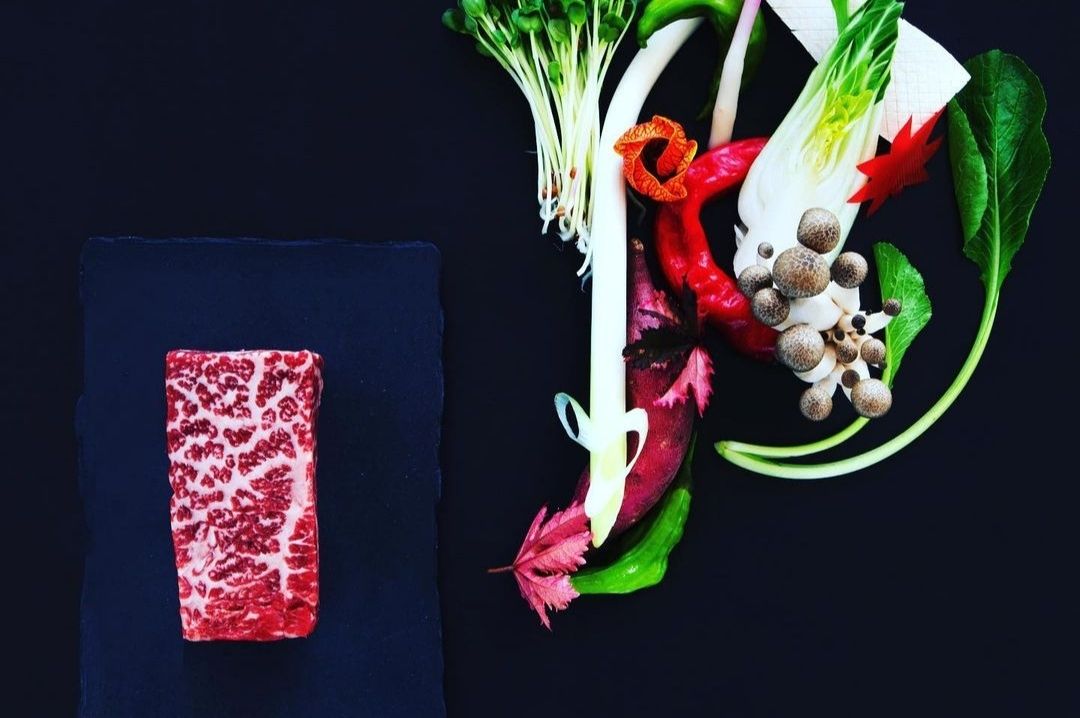 Cut is one of the best, if not the best, Steakhouses in Los Angeles today. In the area around this establishment, there are many steak houses and bistros, but none came as close to the quality shown by Cut ever since they first opened for business in 2006.

Apart from its world-renowned menu containing meals from all over the world, the restaurant features a prime art collection and a brightly-lit dining room that speaks out excellence.

Cut is a perfect place for you to experience the best of Californian beef and roast. 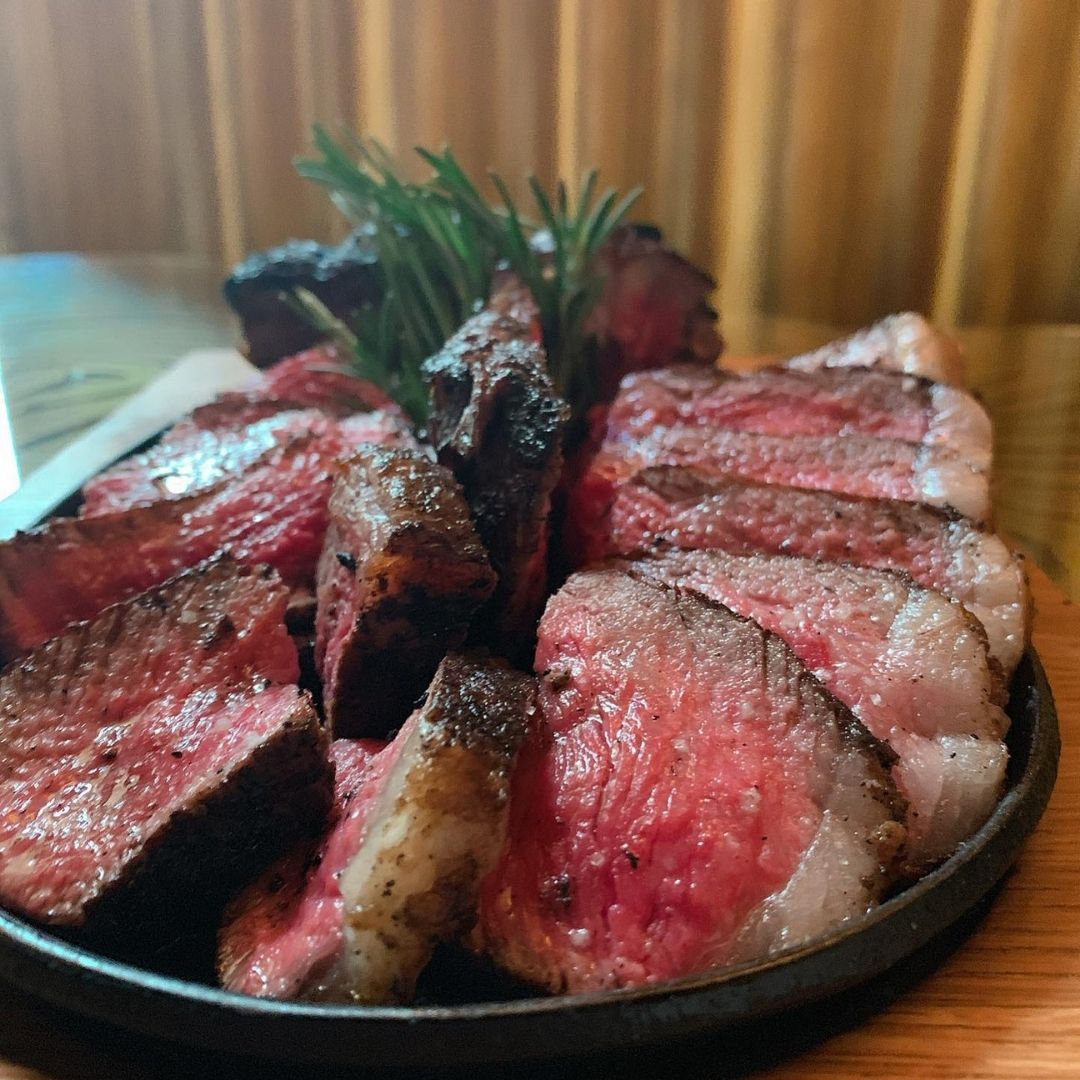 There are more restaurants on The Michelin Guide, but these are the stand-outs. We encourage you trying them all if you can.

If you are looking for a fine restaurant to enjoy your meals, it would not be a bad idea for you to visit the ones on this list. 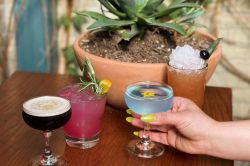 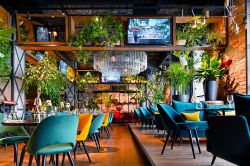 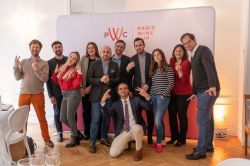 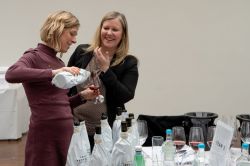 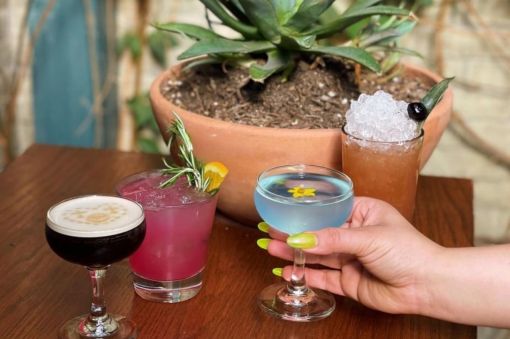 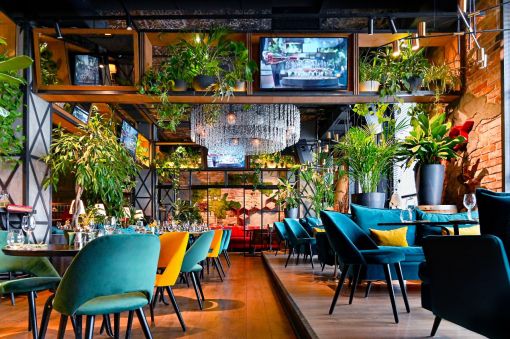 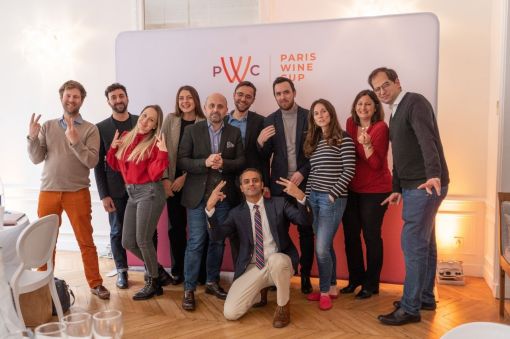 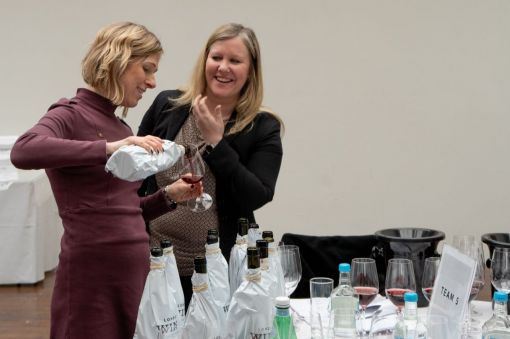